ifeu investigated the environmental record of PHEVs in detail in the project funded by the Federal Ministry for the Environment, Conservation, Construction and Reactor Safety concerning electric mobility fleet testing (2013) and more recently in a research project for the Federal Environment Agency (2015). The first project demonstrated a lower climatic effect for the Twin Drive plug-in hybrid concept – despite higher emissions during vehicle manufacturing – when compared to the petrol-engined reference vehicle, provided that the user covered the majority of their mileage under electric power. Above all, the usage phase is absolutely crucial when it comes to offsetting the additional climate impact during manufacturing: the higher the proportion of mileage driven under full electric power, the greater the improvement of the climate footprint. Different user groups with varying potential for greenhouse gas reduction were were identified. 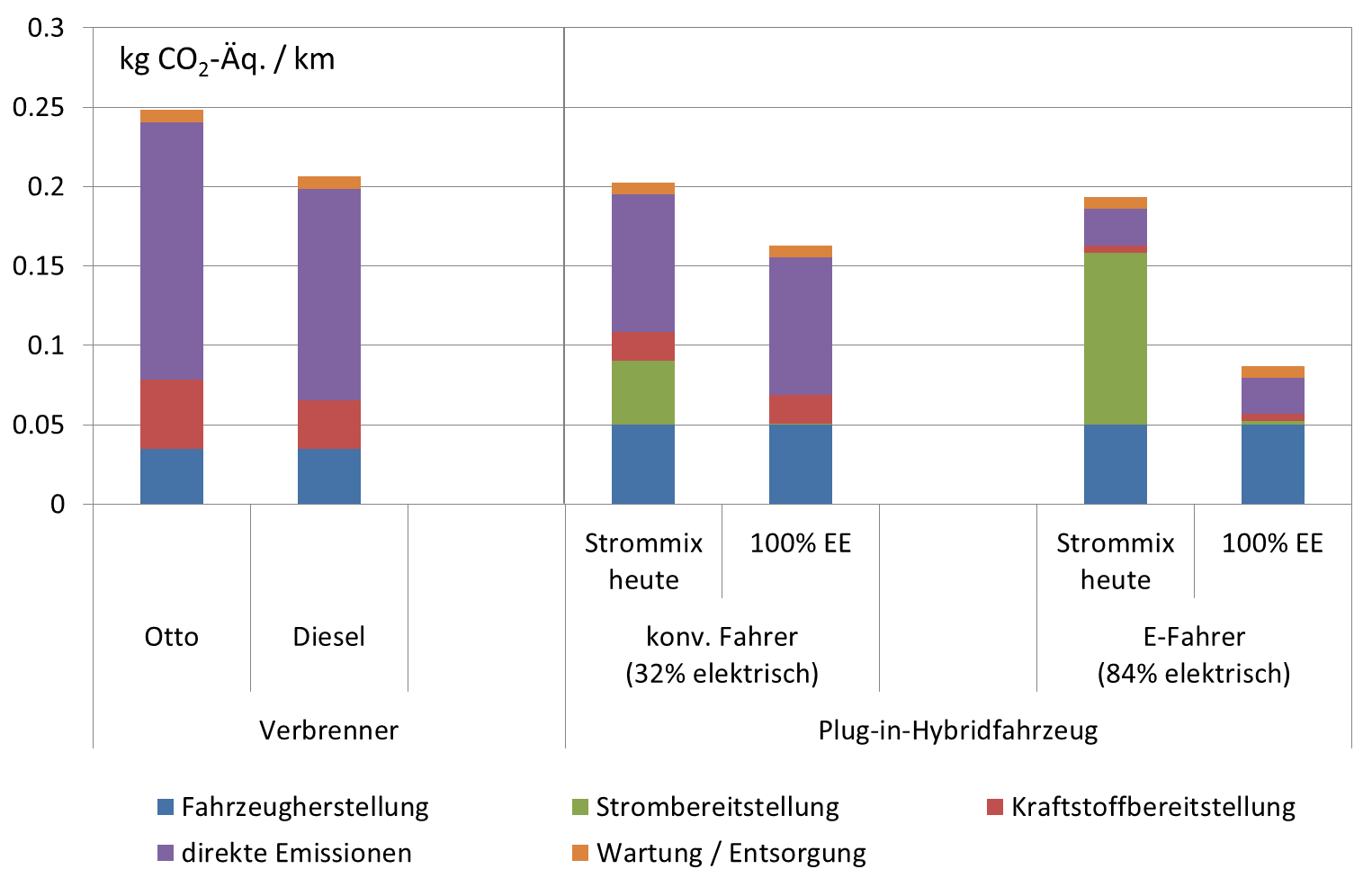 Most current PHEVs have an electric range of between 30 and 50 km. The availability of data on the viable proportion of electric driving for vehicles in real-life operation is currently relatively low. There are also barely any empirical indications as to how the mileage covered under electric power depends on the range and therefore on the battery size. Initial estimates suggest that the climate footprint of a PHEV is still relatively independent of its battery size. The reason behind this is that, while vehicles cannot travel as far under electric power when using smaller batteries, they also generate fewer emissions during production. Furthermore, the efficiency benefits of electric drive compared to combustion engines on short journeys (with a high proportion of urban driving) are usually greater than on long journeys.